A first impression of this post’s title might be misleading. I should start out by explaining this isn’t the type of renewal that you’ll see on the side of face creams, but instead more like the renew that you’ll inevitably do three times for the library book that you brought home on a whim and will return without ever reading. This renewal is about the start another trimester, the end of summer, and the second year of me being in Japan.

Summer vacation was a bit latent in August, but came on full force with the last week. There were moments in the morning where I realized I was just falling asleep, and moments at night when I wondered if I was just waking up; I saw plenty of fireworks, both in the air and out of my hand; I did my own workouts swimming in the outdoor community pool, and relaxed swimming out into the sea. There were few moments involving alcohol, except for those when I would drink wine and grill on my neighbor’s porch. 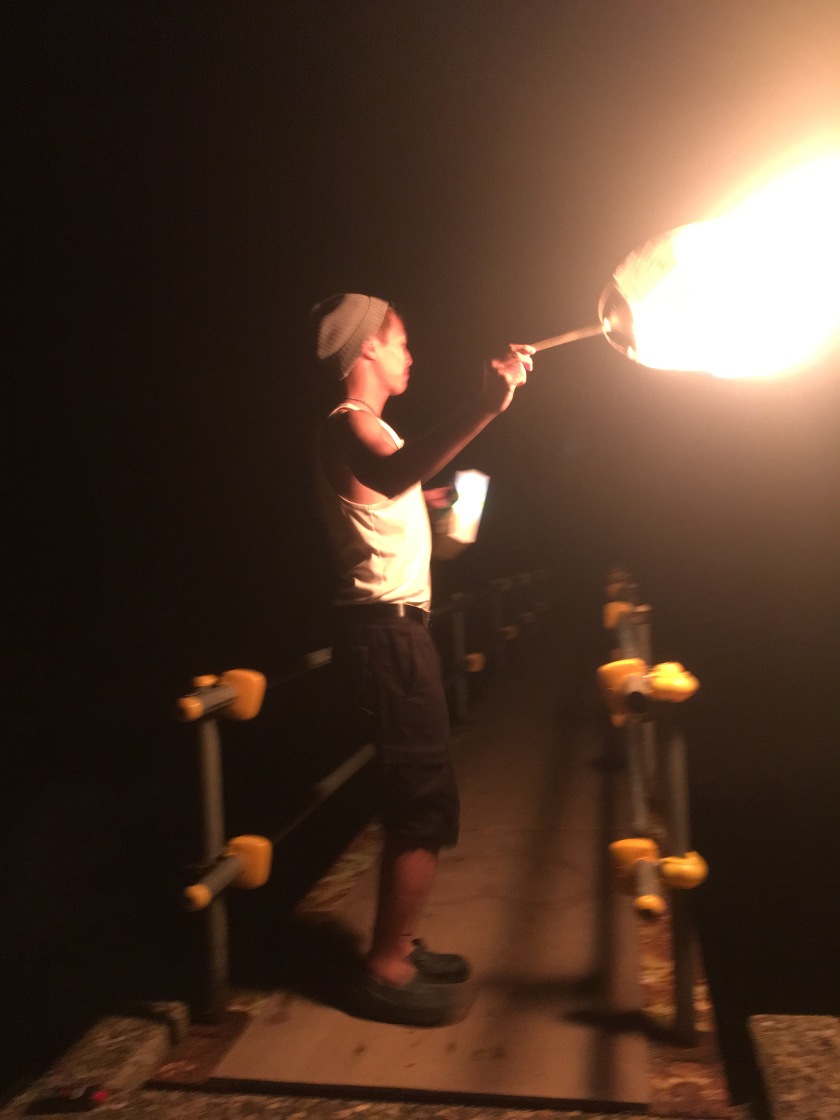 The real take away came September 1st after missed connections home and a resignation to stay out of America for longer than a year was the new direction I needed to look towards. Mainly, whatever I would be doing after another year. I mean, I’m literally fourteen months and counting living outside of America without ever being back. This is the longest I’ve gone without contact home and sometimes it doesn’t seem more than a blink. Another blink past and I could be leaving this job and in the midst of an unknown.

I think this feeling first came with the end of the summer seminar. It finished, and the next day I woke up wanting to go in and continue working on it. I suddenly had a ton of free time, but wasn’t sure what I wanted to do with it. The last time I’d really thought about the future seriously was applying for this current position. Re-contracting came pretty suddenly — without much thought, really, because I knew I was happy enough. But now after an entire year, I feel I’ve finally gone through the whole cycle, I know what’s coming and what to expect.

It really dawned on me after a morning conversation with Stefan, my roommate from college. He’s probably been working since I visited him last year in San Francisco on convincing me to move out there. It doesn’t help that I was already leaning towards the West Coast (Seattle), another friend of ours just moved out there, and most jobs that fit my professional aspirations exist there in some form. After an hour of talking, I kept thinking. My final destination was hardly certain to be San Francisco, but the horizon of the next step seems to approach at a dauntingly steady pace. I’m not quite settled on leaving my job come next year (I still have two months to decide), although, if that happens I don’t want July 2017 to come without any plan or destination.

So I’ve renewed my position. At the same time, everything has changed. The Sports and Culture festivals this year were not nearly as fun as last year and if anything bordered on nostalgic. They also seemed over in a flash. Teaching has been easier to manage, but at the same time I can quickly scrutinize the parts that are wickedly flawed or inefficient. It’s certainly more demanding because a lot more can be expected from me.

After the summer respite I really began to look around at what to do next. Or at least try to figure out what I want to do next. I’m so torn between writing and design, and a mix of other things. I kept telling myself if Trump wins the presidency I would be able to narrow down the next step to places outside of the United States, but now it seems like all those options will (thankfully) still be in the mix. Add onto that my friends are currently spread out so far across not only America but even the globe, and I have no clue where I want to end up. Last month I ended up visiting Carmelo, who left the neighborhood for good and moved to Tokyo. I ended up having a fantastic time. I’ll end up writing about it soon, so I won’t go into detail, but Tokyo has ended up towards the top of my options for what’s next. I feel like I’ve started to invest a lot into this country and language that I can’t just give it up now.

At first glance of this post’s title I wonder if you thought it meant the type of renew you use to describe the smell after rain in April when spring flowers are finally blooming. I’m not entirely convinced it’s the type of automatic renewal of your Netflix subscription you never think about but still exists there on the credit card statement you never see because you do all your banking online. Maybe it’s more like the renewing $10 I give each month to Minnesota Public Radio. It’s not something I feel bad about doing, and I’ll definitely continue supporting the cause, but when I leave, the system won’t fall apart and I’ll still contribute to the connections every now and then.

I guess this is just a mid-millennial crisis way of pondering: what the hell am I doing with my life? For now I’m here, and I’m content, but an impermanence that has always been present is finally speaking up to ask: what next?