On Monday I finally got my stitches cut out. It hurt entirely like it did when I got them put in, but after only a couple of hours I could finally walk normally. It was a pretty nominal week for the first couple of days. It was really good to be able to go into work and have things to do, but I’ve just been correcting a ton of compositions which after a while can start to melt the brain.

Thursday though we got a break (somewhat) to attend a conference in the city. It had a lot of useful moments and introduced me to a lot of people, sweet lesson plans, and really make me question why they did so much initial orientation in Tokyo. Granted I met some awesome people, but really, most of them I’m probably never going to see again and I’ve a much better experience spending time with the people who are living around the prefecture.

Plus, whenever I’m around them it seems life is just always throwing new experiences our way… like jumping the battery of a car that wouldn’t be legal on American roads while all the cable instructions are in Japanese. Because we had to be back in the city the next day for our Contract Signing Ceremony I planned to stay with Emer, an awesome Irish native, in her (mansion-sized) apartment. I was down to my last yen, quite literally, but I wanted to spend the night in a good way (plus were getting paid the next day) so I decided to indulge and spend the rest of my money on the meal. It was a grand idea in the end as we went to this tiny hole-in-the-wall Malaysian restaurant with delicious cheese mochi and chicken roti. 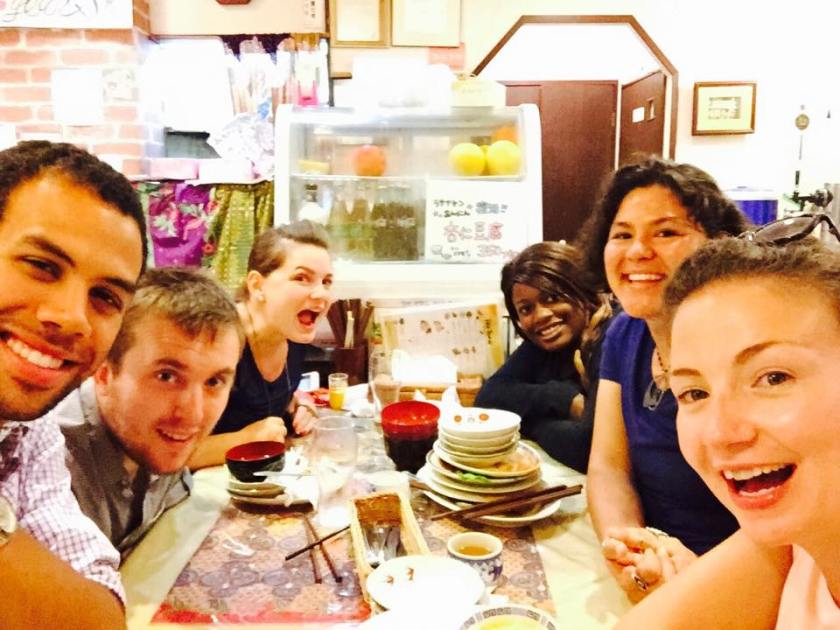 By the time we walked back to her apartment, I and the other Irish guy next to me, we crashing hard. It didn’t take Aiden too long to fall asleep, but on the thinnest versions of borrowed futons and a decent amount of snoring Emer and I were up on and off all night. Not too much of a problem considering we’d be able to sleep in, but when it came to the Signing Party the next night it seemed we be up all night, so not such a great night.

Miraculously, or maybe just because I haven’t adjusted to the time difference, I woke up early today and went for a run. Now, one of the few things wrong with Japan right now is that fact that it’s as hot and humid as Lil’ Jon’s balls, and sunny as all get out all the time, which makes it pretty difficult to run. That and I’m just a busy lazy fool who makes excuses at 6:00 AM and instead eats greasy tori-yaki for dinner. Anyway, I’ve really gotta get out of that habit soon and this morning was a good refresher. To a small degree of surprise there were plenty of people out, and not only elderly obaa-chans and ojii-sans. I found a path along the main river and saw a guy who looked like a high school student practicing his baseball swing, while another man was sprinting back and forth along a open patch. Despite the foggy haze and heat I actually had a pretty good time, which was a somewhat necessary way to start the day being we had another 6-8 hours of orientation.

Along with the heat, and the grimness of the city, though, having more orientation isn’t such a bad thing this time. I think my group is a lot closer, and we’re doing super well with our amazing leader Christen. She met us in Tokyo and took us out for izakaya and has basically been a godsend since. Seriously, it’s been way more comfortable getting through orientation this time around. Not to mention the Fukui JETs and community are just awesome in themselves. We actually had some time in the afternoon to have some more one on one with the veteran ALTs while walking around the city. The city has a lot to offer, and is pretty accessible by train, but I’m still pretty set on living more rural, at least where you can see the landscapes from the road.

I realize that I won’t have many selfies up on this blog so I’ll take them when I can get them. Anyway, tonight we had a welcome party (even more fried food), beer and mixed sake drinks, and plenty of Japan-English conversation. Seriously, once I start living alone (/whenever people stop throwing food at me) I’m screwed, or at least will have to sign up for cooking classes ASAP.

But until now, I enjoy, just like this little dude. CHYOU-KAWAII! 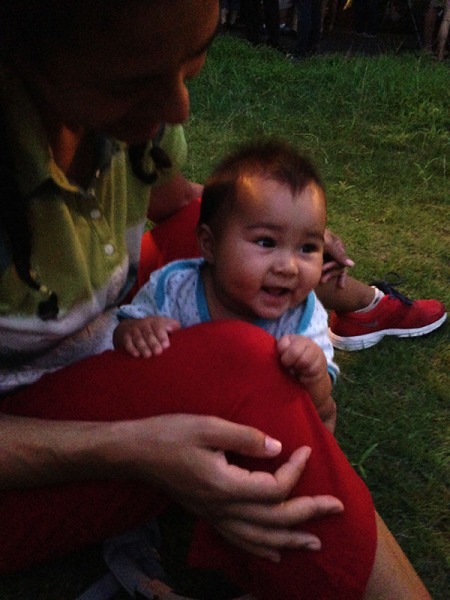 Now for the longest three days in recent memory. I mean, not much can be said in terms of what I expected and what I definitely did not think about, but basically the JET orientation in Tokyo was a huge daze of information fed and repeated while we tried to figure out what exactly was “cool biz” appropriate.

But seriously, walking into the main hall for our welcome reception I think the biggest thing that hit me was just the fact that there were so many of us (not only keeping in mind that there are another two groups after ours). At some point we were told that there are about 2,000 JETs this year, and at least a thousand fit into this room.

We sat patiently through various workshops, lectures, and redundancy, while basically taking three things away from it:

3.) You Represent Your Country

It’s all really just a big blur looking back on it, but I think I retained enough to come in handy when I really need it. That night there was a closing reception where I could finally meet all the people heading to Fukui prefecture with me, and I’ve gotta say: despite there being a bunch of us, I really lucked out in terms of having a cool crew to join me on this journey. I suppose only time will tell, but for now I’m doing alright.

I think the most amazing part of being in Tokyo was the ability to see my long lost roommate and onii-chan, Yasushi. After a day like the one I had I was ready to pass out before 9 o’clock, but once I trudged down to the lobby to see him I became revitalized. It’s hard to believe that it’d been over two years since we’d seen each other, and it really didn’t feel like any time had passed since I waved him goodbye back at St. Olaf. We spent most of the night out, and it really gave me a sense of assurance that whatever does happen to me in Japan I’ll always find a home to go back to. Today was really the first time that I realized I’d be OK staying here for more than a year, or at least in the sense that I had nothing to fear about not going home after this one had passed. Although again, only time will tell.