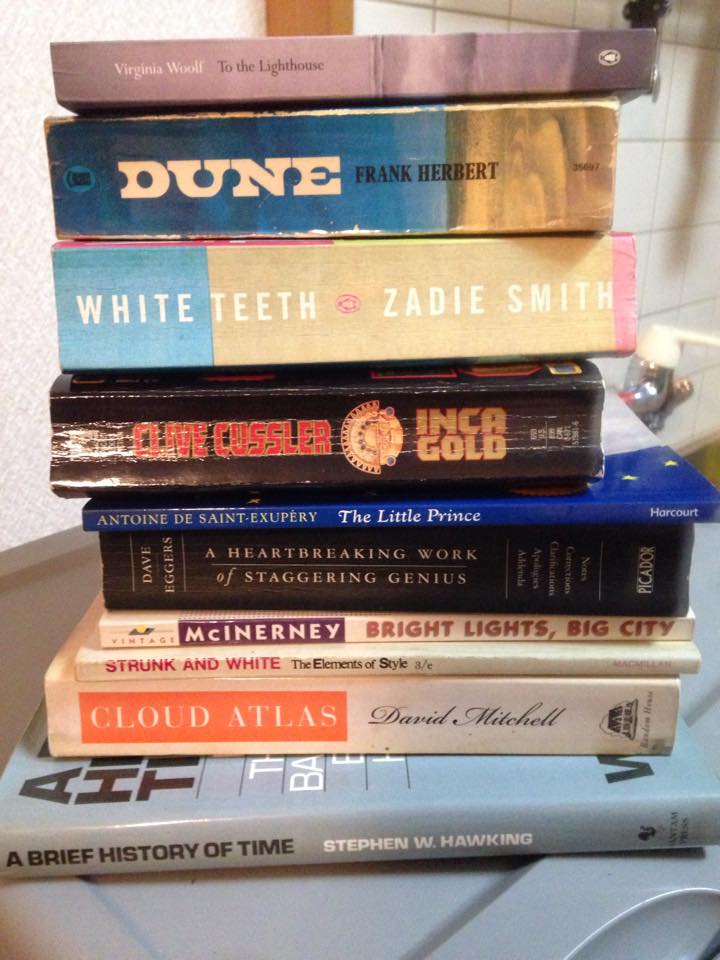 For the past nine, almost ten months, I’ve been living without internet. Now that’s not to say I’ve been totally devoid of internet, I think this website makes that obvious, but as far as in the place that I’m living I’ve gone without. Perhaps you’ve noticed by the sporadic way I post here. And until recently, I was enjoying not having internet. Due to the fact I had other things to fill my time: I had a college of friends to hang out with; I had a TV and plenty of movies; I had enough art supplies to make due; I had a bike (a near perfect orange and pearl 80s Peugeot) to take me places–mostly the library–where I could use the internet for free, but then, even better, when I left the library I could take something with me: books. Since arriving in Japan I’ve purchased many books–mostly manga–at irresistibly low prices (I once bought 20 volumes of Air Gear at a Book-Off for ￥600), but in the end pretty much exaggerated the amount of kanji I thought I would remember. I suppose I knew when buying it that it’d be an investment, maybe even motivation, for something I’d be able to read in two or three months. Still, all of that means that I’m left without one of my favorite activities: reading. Not to mention that since about two weeks ago my external hard drive crashed(/was dropped on the floor) and I’ve basically lost access to all music, TV shows, and movies. (No more binge watching Friends episodes.)

Basically, I’ve had cabin fever which is why, as I prepare for my trip to Tokyo, receiving a package of books is one of the best things that could happen to me. I recently read an article the announced digital book sales were waning and printed books were back on the rise. I can very much see why. When I first popped over here, I decided not to pack any books due to the weight and size they would take in luggage, and I figured with an iPad I’d be able to download anything I really wanted to read. I used to criticize the cynics who bashed digital reading for not having the “right feel of a book.” Especially since some incredible percentage of our media is consumed digitally, I always figured words are words no matter where they’re placed. I guess I still believe in that last part, but I’m closer to the ‘real thing’ band wagon than I am to liking digital. I think it’s most due to the habit of me reading at night and the science behind staring at screens before you go to sleep. Although, maybe it’s the same reason I favor compact phones over smart phones; you can bash them around as much as you’d like and never worry about it breaking.

Anyway, I found this fantastic book cafe based out of Tokyo (www.infinitybooksjapan.com) which sells used books online for amazing value. After opening what could add to a billion tabs on my phone I finally narrowed it down to a diverse selection of renowned books that I wanted but had never gotten a chance to read. I think they’ll soon be getting a lot of my service, and it’s just another place for me to checkout this weekend.

As far as the trip goes, I think winging it will be the easiest. I have yet to pack, nor do I think I’ll need anything more than a shirt and pants, I think I can rely on people I know living there for a place to stay, and I’m not quite sure how to get there apart from going to the train station. The fact that I get paid on Friday kind of helps this process, being that if I do land in deep udon than I’ll at least be able to pay for my way back, get any extra clothes, or at least afford a hotel. But at least if anything, I’ll have a book to read along the way.